I did a small solo battle using some of my new ACW figures, including the Iron Brigade and the rebel cavalry. The Confederates were attempting to surprise some Yankees that had encamped in their territory. Things were going well until they weren't. The Union skirmishers activated rather quickly and alerted the rest of the force. One group of Union skirmishers caught the rebel cavarly in column cantering down the road and unloaded three volleys into them before the could react. On the other flank, the rebels were able to cross the bridge in force, form into line and then use their "rebel yell" card to charge, only to have a group of Berdan's Sharpshooters stall their attack. Then the Union cannon got into the act and shredded the regrouping line. That pretty much ended the game for all intents and purposes. 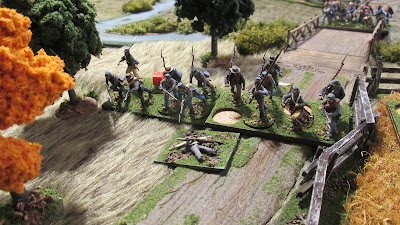 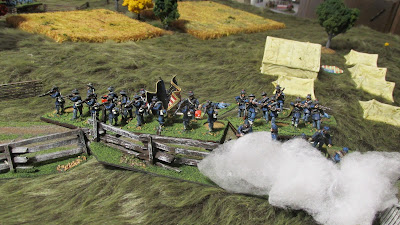 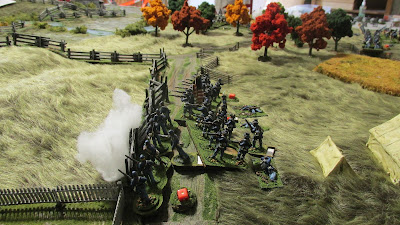 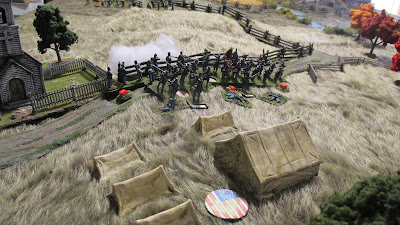 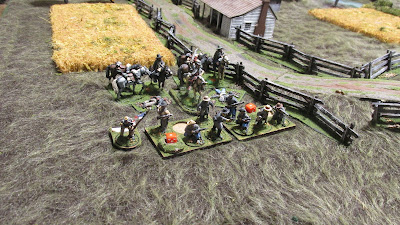 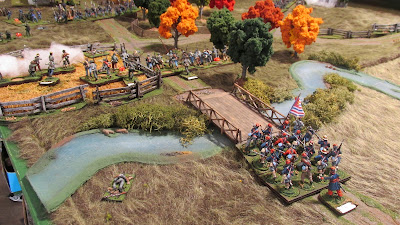 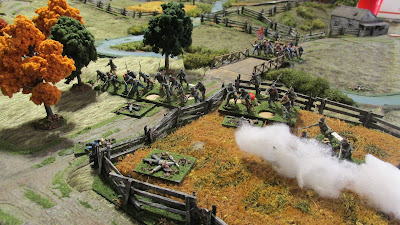 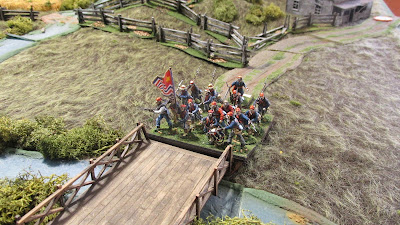 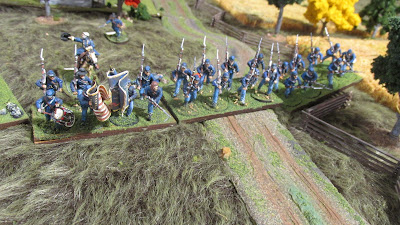 Posted by Duke Winser at 5:11 PM No comments:

I just finished a commission of 84 infantry and 12 cavalry of ancient Germans. 60 of the infantry are Victrix. The remainder of the figures are metal. I am not sure of the manufacturer. 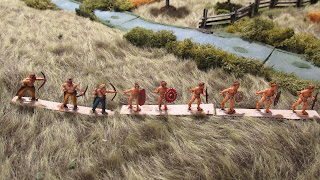 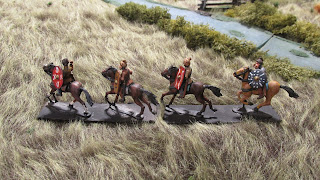 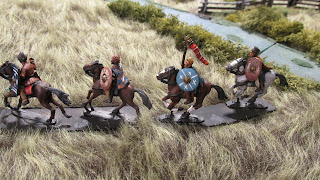 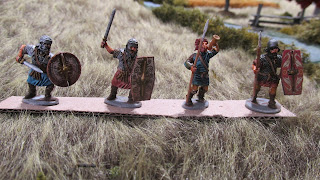 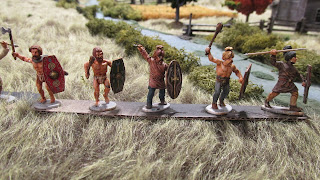 Posted by Duke Winser at 5:02 PM No comments:

Five of us had a great time today refighting a portion of the first day at Gettysburg. In this scenario, Henry Heth is renewing his attack on McPherson's Ridge. Two players commanded the four Union brigades posted on the ridge, and two players took charge of the three Confederate brigades given the task of taking the ridge.

The Confederates, being the attackers, got to move first. It became apparent that they were intent on driving in Meredith's Iron Brigade sheltering in the woods. Daniels' men held back, hoping the three batteries on their flank would be able to silence the Union battery in front of them. This delay would prove costly.

Meredith's Black Hats fended off at least five different charges, while Dana's men fought stoutly in the orchard and cornfield. Brockenbrough's Virginians could not make any headway. On the Union left, Biddle boldly tried to seize the initiative by marching against Pettigrew's two regiments on the right.

The two rebel batteries on this flank limbered up to try to get better fields of fire atop a hill to their right.

A lone regiment from Biddle's command formed into a marching column and attempted to swiftly gain a flanking position on the Confederate right. The move proved to be a foolish one in the short run as the rebel guns got into position first and were able to pour cannister into the hapless column.

In the long run, however, this proved to take the Confederate guns away from where they were needed most with serious consequences. The Union battery on this flank harassed Pettigrew's inexperienced regiments, keeping them in a state of disorder.

On the opposite flank, the Confederate guns outmatched their Union counterparts ("1" kept coming up on the die for them!) and Daniels' brigade began its advance. 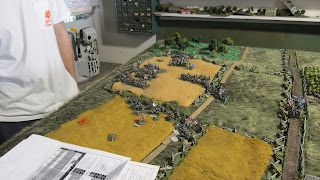 For the rest of the battle, Baxter's Yanks and Daniels' Rebs would shoot it out with one another and casualties mounted. Dana sent one of his regiments from the farm to bolster the defense which proved to be timely. As the game ended, Baxter's men had been driven back on the right but had advanced on the left creating a stalemate on this flank. 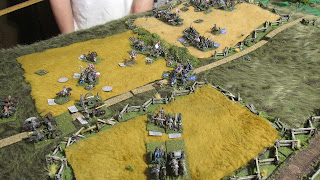 The Confederate attacks on the Union center came to naught. At this point we ended the game, and all agreed that the Union's bold tactics had won the day.

We all had a blast and look forward to getting together when the lads come home for their Christmas break.

I have a nice group of Victrix Dacians that I'd like to find a good home for. They are nicely painted and individually based. The group is made up of: 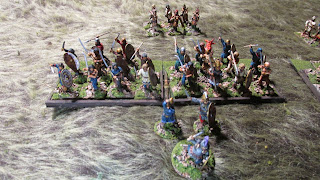 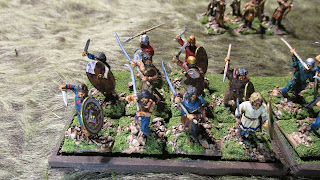 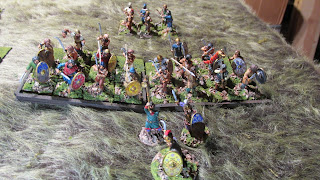 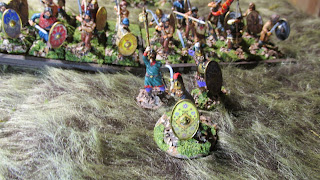 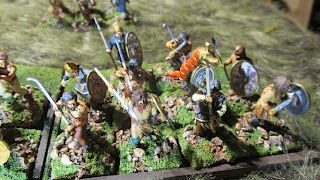 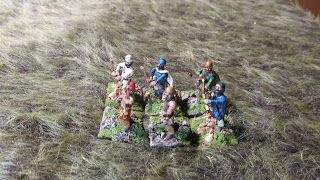 Posted by Duke Winser at 1:57 PM No comments:

Regimental Fire and Fury McPherson's Ridge: the set up

In two weeks, I have some former students and a friend coming over for a game of Fire and Fury. Due to some summer obligations, I had to set the game up early. It turned out great, in my humble opinion.

The scenario is from: 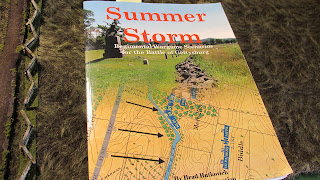 I love this series of books. This one is for Gettysburg. I chose the scenario that has Heth renewing his attack on McPherson's Ridge. It is a smaller battle compared to others, but it is perfect for our small group of gamers. There is lots of room on the table for some maneuvering, especially on the southern flank.

The Confederates have a slight edge in numbers, 10 stands of artillery to 6 for the Yanks, and about 10 stands more of infantry. The Union, however, has Meredith's crack Iron brigade to bolster the greener brigades of Baxter, Biddle and Dana. The vast majority of rebel regiments are green.


I am really looking forward to getting together with these lads again. It will be the first time since COVID shut us all down. I will be sure to post a report once the game is in the books.