This is the last of the Victrix figures I had on hand, some Republican Roman cavalry. It is actually the Greek cavalry set, but I saw that others had, with some light modifications, used it for Romans. I thought they turned out quite well. Now the Carthaginians will have some mounted troops to oppose them. 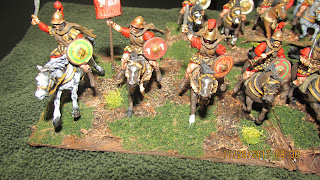 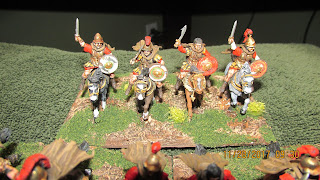 Posted by Duke Winser at 2:51 PM No comments:

Figures based for Impetus

The internet is a great tool. Over the weekend I did some research and determined that Impetus was the right rules set for me.  It is simple, and the figures I had on hand were just right to flesh out two complete armies. So I rebased my figures and here is the result:

These are my three Republican legions. I will be adding one more plus one more base of velites to each legion. I have some Samnites and cavalry on order to round out this force. It will be over 500 points, so should be more than enough for any battle I want to recreate. 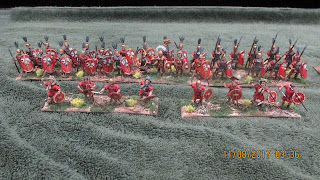 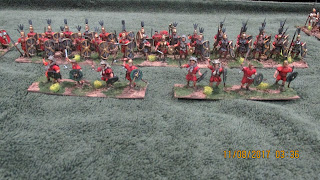 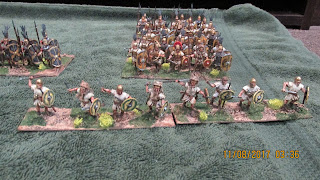 These are my Carthaginians and their Spanish allies: 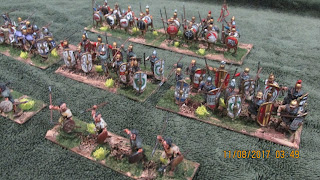 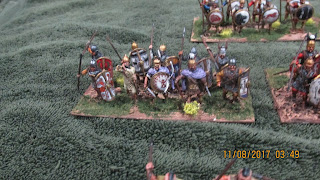 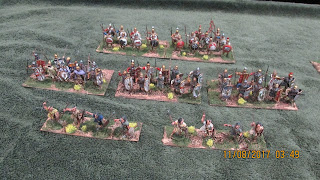 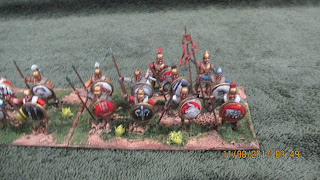 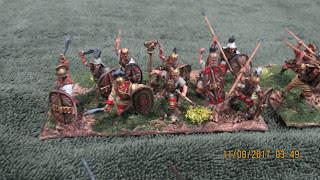 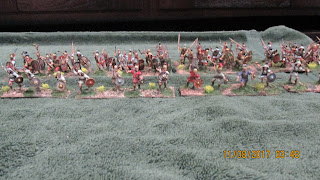 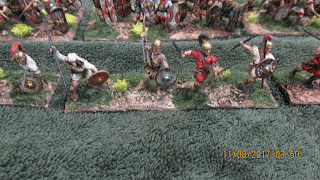 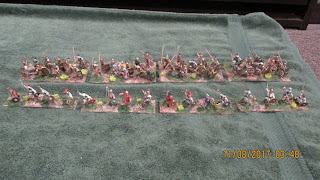 I will soon be adding several bases of Iberian cavalry and some Carthaginian citizen infantry. Victrix will be releasing some elephants this month, and then the next addition will be Gauls. My armies will grow accordingly.