My most recent project, apart from doing some commission work, has been delving into one of the Victrix ancient ranges. I chose the Punic Wars and took advantage of one of Victrix's free postage specials on two occasions.  To date, I have 120 Romans and 102 Carthaginians and Spaniards finished. I am working on 40 more armored Spaniards and just purchased 24 Iberian cavalry and another box of armored Republican Romans. Along with the figures, I have invested in the Little Big Man Studios shield transfers. I have had to experiment a bit, but I think I am making them work fairly well.  Here are some shots of the collection so far. 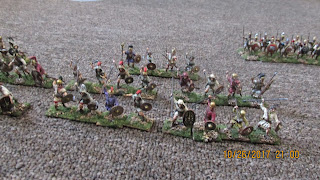 It looks like Victrix has plans to add Gauls and elephants to their line of figures. While I am waiting, I will pick up some Samnites and Carthaginian citizen infantry. I believe Victrix also has Roman Republican cavalry. I need to look into that.
Posted by Duke Winser at 11:52 AM 2 comments:

It is always a pleasure to have the opportunity to paint figures for others. The most recent chance came in two parts: some Warlord French infantry and then a box of Perry French cuirassiers. Here is how they turned out. 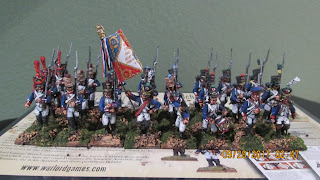 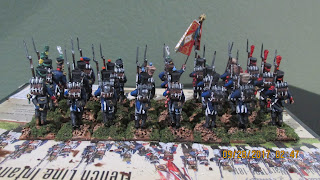 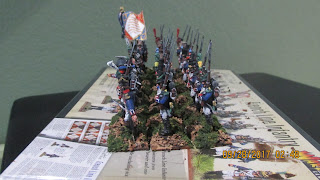 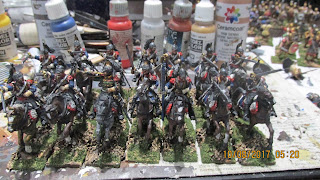 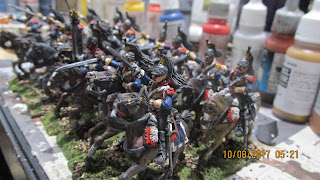 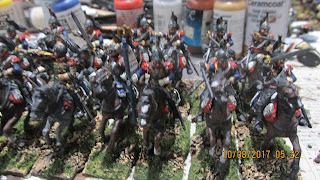 If you'd like me to paint some figures for you drop me an email at dukewin@ix.netcom.com.  My prices are very reasonable and I am able to turn figures around quickly.
Posted by Duke Winser at 8:32 PM 1 comment:

I made my way out to Cal State Fullerton for the HMGS PSW Fall convention. It was held in the student union building at CUSF and was a very nice venue indeed. I was there Saturday morning and the turn out was good. I am sure this was helped by the fact that the Orange County Miniature Modeling Show was being held in the same place at the same time.

I didn't play in any games. They were mostly underway when I got there, but I got to chat with some guys and take a few pictures. I am glad I went and it was good to see a healthy group of gamers assembled.

These are pictures of a Napoleonic Black Powder game; Aspern-Essling I believe.  Nicely painted figures, and lots of them. 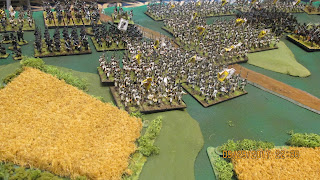 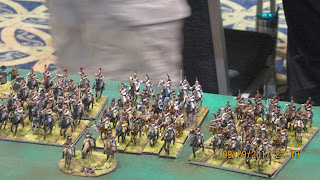 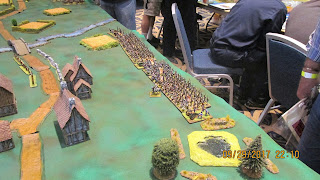 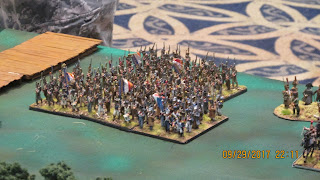 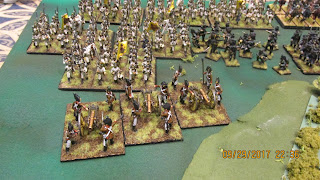 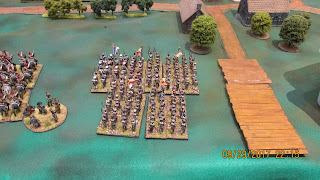 These are shots of a Gettysburg game in 5mm.  That scale allows recreating huge battles, but it is a bit too small for my tastes. They were having fun, regardless. 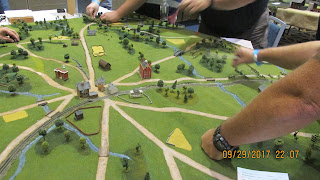 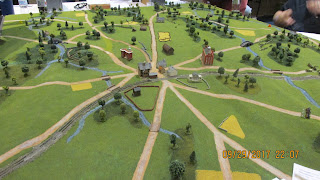 The modeling show had some nice displays, but only a couple entrants in the units competition. It made me wish I had brought a couple of my units to set out for viewing. I could have become an award winning painter by default! 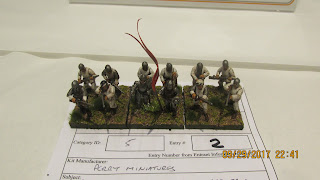 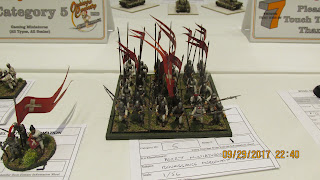 Posted by Duke Winser at 4:58 PM No comments: