I purchased a box of Perry elite company figures. I used 13 of them to build a couple of skirmisher groups for my Sharp Practice collection, and 24 to make up a battalion of Italian guard grenadiers.

I like the figures. The only down side for me was the one figure that you have to glue the leg to. It is in a running pose that doesn't really fit in with the rest of the available figures, at least in my opinion. 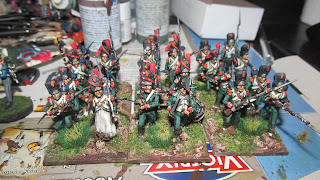 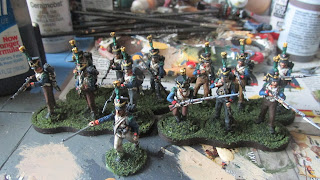 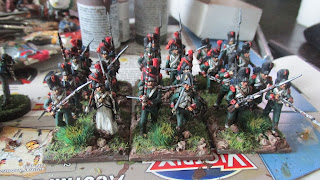 I was able to finish up my solo game of Sharp Practice this afternoon, getting through three turns.


I really enjoyed this game. I learned a lot about unit characteristics and the fisticuffs mechanics. I look forward to the next encounter.

Things have heated up considerably. Musketry has erupted all along the table and losses are mounting. The valiant garrison of the blockhouse has lost 33% of its number. The loyalist regiment has lost 25%, having been subjected to a blast of cannister while in the open. Black Feather's Indians, facing ever increasing opposition, has pulled back deeper into the woods to regroup.

On turn seven, the Hessians were able to form into line, and then using four flags, fired a fierce volley into the state line. 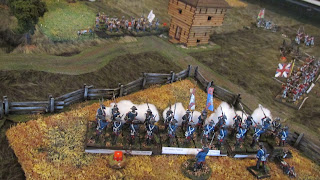 The British grenadiers pulled back to regroup.

Along with getting in these two turns, I was able to sell my Austrian landwehr as well as finish up a commission of 288 15mm Old Glory Austrian militia. It has been a good week hobby wise. 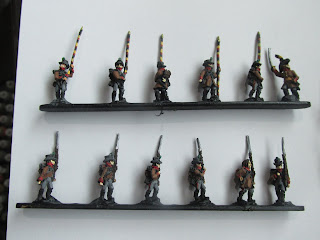 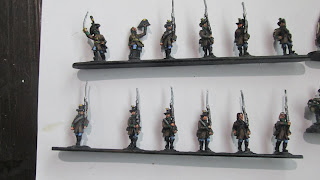 I have 56 Victrix Austrian Landwehr for sale. $150 plus postage. 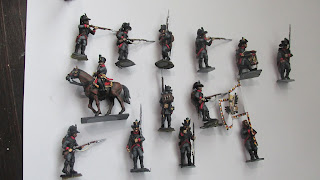 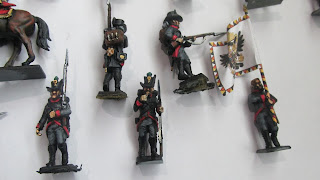 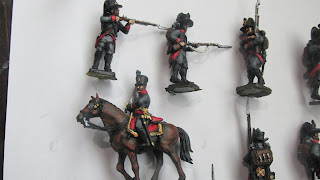 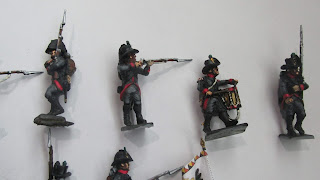 Take the Blockhouse Turns 4 and 5

I was able to complete turns four and five of my Sharp Practice game. The action is really picking up. The British and their allies have been rolling quite well for their movement, so they are in a better position at this point. However, the Americans are rolling better on their volleys, so that has evened things out considerably.

Take the Blockhouse Turns 2 and 3

On turn two, all of the remaining units were able to enter the table. The British used three flags after the Tiffin token appeared to advance the Indians and loyalists cross country to secure a wood which would give them an ideal position to surprise the rebels.

On turn three both sides rushed to get units into position. It would appear that the British are winning the race.


Turn four will definitely see the first shots fired. The blockhouse provides heavy cover for its brave defenders, but they are few in number and will not be able to hold out by themselves for very long.