I challenged my larger Roman legions with the task of holding back Hannibal and his assorted allies. I played five turns. The legions seemed hesitant to engage the enemy (very poor command rolls!) However, when the Punic hoards charged in, the legions were able to withstand the onslaught.

On the Roman right, Legio IV faced off against a division of Spaniards that had both infantry and cavalry. 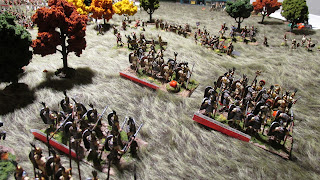 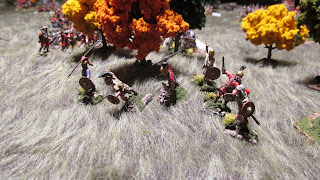 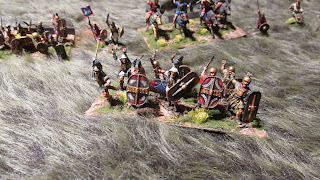 The lead Spanish division was shattered in its attack on Legio I. This set the stage for Hannibal's veterans to cross spears with the elite Legio I. 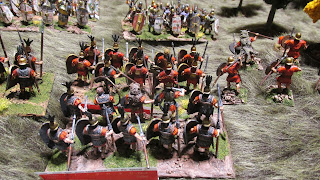 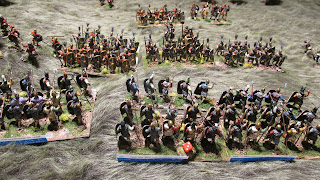 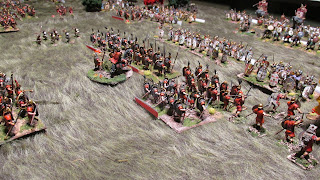 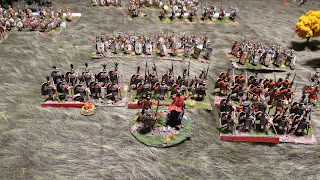 To the left of Legio I, Legio II was very hesitant to advance (high command rolls early on each turn) A lone unit of hastati charged unsupported. Miraculously, it held its ground against two units of Libyan spearmen. 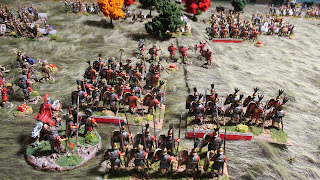 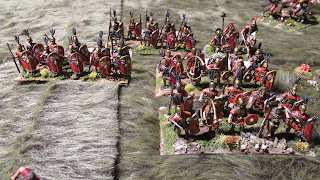 On the Roman right, two divisions of Celts, one of warbands and the other of cavalry, faced off against the raw Legio III. The legion's cavalry contingent was routed early on, but its infantry held fast against the Celtic horsemen and chariots. 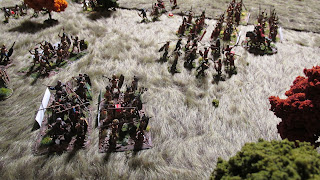 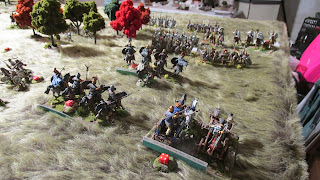 It was a fun game. The units looked spectacular arrayed on the table. My new mounted generals were particularly handsome in their debut.