I was able to get together with a friend today for a game of General de Brigade. I pitted my new Front Rank Spanish up against a French force determined to take a strategic town. 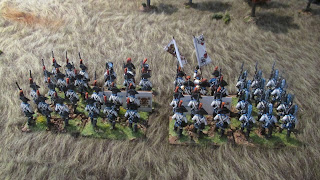 We played for about three hours and got in about 10 turns. The forces were rather small, so the game moved along at a good pace.

In the end, the French superiority in cavalry proved to be too much for the allies. 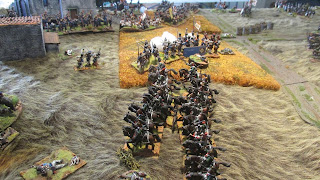 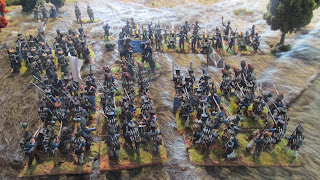 The French, due mainly to their superiority in cavalry, were clearly the winners of the battle. However, the Spanish could take pride in the fact that their inferior infantry was able to thump a brigade of French, inflicting close to 33% casualties on them before they were flanked by the cavalry.

A very entertaining game, with two double sixes; always a lot of  fun.