I have an entire British regiment for Sharp Practice for sale plus some extras.

There are 91 infantry figures, enough to make up six line groups, two light groups, a group of grenadiers, and two groups of rifles. There are also all the officers you will need to lead them.

I also have 12 cavalry figures in the package: 5 French dragoons, 5 British light dragoons and 2 French chasseurs a cheval.

Of course, these can be based for other game rules as well since they are individual figures. 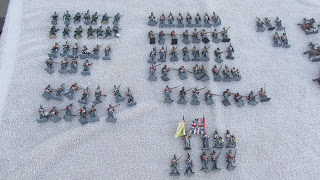 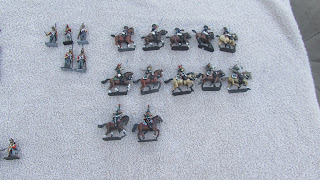 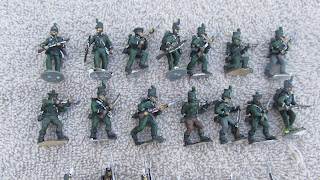